The Desire to Skip Ahead

People want to achieve greatness. We want to be admired, popular, maybe a little bit famous in our own world, and in the end ultimately remembered for our greatness beyond our years on this earth. I don't believe there is anything wrong with this. It seems like human nature. However, I propose that the process of becoming great is more important than the product of being great.

I will use the stories of two contrasting students to explain my feelings on this. Let's call them student X and student Y. Student X was quite accomplished as a saxophonist. He could play jazz quite convincingly. He had a strong sound, facile technique, and already knew a good number of standard jazz tunes and he was a leader in the school's musical community. By basically every criteria I cared about, he sounded very good.

Student Y did not have the knowledge or instrumental facility as student X. He wasn't bad, but he sounded like an inexperienced young student.

During one of our lessons, Y said to me, "I really want to play like X."

I replied, "Wonderful -- that's good to hear. I've got some exercises for you to work on to help get you there." I told him we would do some applied ear training by playing songs aurally. I started him with some straightforward songs to play in all 12 keys, such as "Mary Had A Little Lamb" and "Twinkle Twinkle." 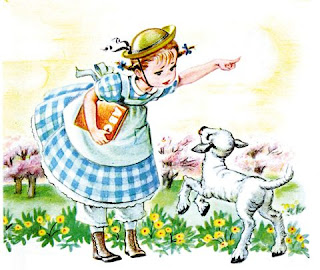 He did pretty well at first, but started to struggle a bit when we moved onto "Happy Birthday." It is a little trickier; it doesn't start on the tonic pitch (home note), and contains wider intervals. However, after several minutes he was doing better with it.

I was just about to assign him a slightly more challenging song, the next one in my sequence -- "My Romance," which has an entirely diatonic melody (comprised completely of pitches in the same key) -- but he stopped me.

Oh, the desire to skip ahead can be very strong.

To some extent, I understood where his feelings were coming from. The songs were childhood nursery rhymes. Having to play them might feel uncool or somehow even insulting.

And being inspired by student X made complete sense, too. He did play really well. As a youngster I had been inspired to play jazz by hearing the older, better players in school and by recordings of saxophone masters like Charlie Parker and Cannonball Adderley. I absolutely wanted to play like them, too. I had been required to play scales, songs in all keys, patterns, etudes, solo pieces, quartets and wind ensemble pieces. I didn't see these exercises as meaningless grunt work. I loved them all. I'm not saying I didn't have some preferences, but any time I was playing saxophone, regardless of the context, it was always relevant.

There is a very good pedagogical reason to play simple songs like nursery rhymes in all keys: we can already sing them. Because we already have these songs "in our ears," playing them in all keys requires us to make the direct connection between audiation (hearing music in your head) and playing it, the outward expression of the music. If your improvisational process is not making that connection 100% of the time, then all you're really doing is just flailing your fingers, pushing buttons and making some noise.

And even this one fundamental skill only scratches the surface of the skill set required to improvise jazz well. We hadn't even begun to discuss rhythm and grooves, forms, musical styles and complex, chromatic harmony.

I wanted student Y to understand the process. I said to him, "Student X is already able to do all these exercises. Sure, I will help you to play some cool Cannonball Adderley licks, perhaps more accurately and a bit faster than you can do now, but that wouldn't mean anything without also doing these types of ears-fingers connection exercises. You would just be playing a bunch of random fast notes that you're entirely disconnected from. The art of playing jazz is the process of learning to outwardly express your inner voice, and you need to develop that connection. That is what these exercises are made to do. That is what we're doing here."

He stared blankly at me. I feared this didn't bode well for his long term prospects of musical study.

I believe the main problem was that Y wanted to circumvent the critical parts of the process of learning music. He wanted to impress people with his saxophonistic product without doing any of the critical work in the sequence of becoming a better musician that he considered mere drudgery.

There are many critical skills to learn in the process of becoming a musician. Many parts of learning music are really fun right away. Some parts of the process feel like a grind, or can be downright frustrating. But I argue that if you don't love doing it all, you should consider doing something else with your time and energy, because anything worth doing is worth spending the time to do right.