On Risk and Careers

1. Exposure to the chance of injury or loss; a hazard or dangerous chance:
It's not worth the risk.

With graduation coming up, I've been thinking a lot about the implications of risk. "Injury" implies personal bodily harm, and we often hear about teenagers engaging in risky behaviors such as using drugs or skateboarding off a roof. But a "dangerous chance" could relate to loss of something else, perhaps money or status. Now that I am at a relatively secure moment in my life and career, I find myself thinking back on my non-linear path, and specifically about one major risk I took in 1999.


For the two years prior, I had been a full-time teacher in the 'burbs north of New York City, directing elementary school bands and teaching classroom instruments for the Paul Effman Music Service.

I had originally accepted the position at a particularly low moment in my life. I spent a few weeks looking through the newspaper want ads (for those who remember those), feeling as though I had no real job prospects whatsoever. I studied music performance and jazz in college and not music education, so I wasn't NYS certified to teach music and couldn't apply for public school teaching jobs.

When I got the Effman job, which involved teaching at private/parochial schools, I was relieved. I felt it was the only job I could get. I very much liked and respected my boss and co-workers, and even though I didn't have music ed credentials, I was using my musical training in my work.

The trouble for me was that the job was tremendously taxing. I was teaching in nine schools per week. Each day involved teaching an entire band program before lunch, then packing up, getting into the car and driving to a different school to teach another entire band program in the afternoon. Each weekday brought me to two more schools. At the end of the afternoon I was completely exhausted. I had taken the job so I could maintain a musical life, "making music" in the evenings, but actually playing or composing after hours was becoming less and less frequent.

Each time I talked to my dad about my situation, I could tell he was concerned about the direction of my thinking. Back in 1964 after he'd finished graduate school, he declined a high paying position in the business sector and instead took a stable (but significantly less financially rewarding) teaching post at the University of Rochester. I don't think he quite understood my dissatisfaction. He told me that for his generation, you simply did not leave a perfectly good job with a living wage and health benefits. He spent 45 years at the U of R, up until the day he died.

But I knew that my job was not a good fit for me. It was sapping me of musical energy without giving me the deep artistic satisfaction I craved. I felt that if I was going to continue to work that hard and not be musically fulfilled, I should at the very least make some real money.

In that time -- the years leading up to Y2K -- the news was filled with stories about the "dot-com boom." Venture capitalists were throwing millions at virtually any startup that had put up a website. Internet companies were popping up all over, and jobs were abundant. I had done some computer programming as a kid, so I wondered if perhaps getting some work in that area might be possible. After my first year teaching band, I dusted off my software chops and started taking a few programming classes at a local community college.

I soon realized that all the childhood time I'd wasted spent sitting in front of my trusted Apple II computer typing up little BASIC programs with names like "Super Tank Battle" and "Super Car Racer" was directly helping me learn modern programming languages like Visual BASIC. I easily remembered logic & programming flow; I just needed to learn the new syntax.

After one more year of teaching music by day, then learning technologies like VB, Java, and some very rudimentary SQL at night, I sensed I was at a crossroads. I wondered if spending the daytime doing something entirely different -- like programming -- would allow me to be more musical after hours, in a way that was more satisfying.

I wasn't confident I could even get a real software job without a computer science degree. I was also concerned that if I quit my music teaching job, it was possible that I might not ever be able to get back to the world of music full time in the future.

However, I also sensed that the only way I could do it would be to leave the world of teaching without any type of lifeline and spend all my time and energy seeking software work.

So, I made the decision that spring. I told my boss I would be resigning at the end of the school year. I hadn't even started looking for a software gig yet; I just up-'n'-quit. To this day, I believe this was the most significant risk I've ever taken.

It was a risk, but it was calculated risk. I speculated that I had the capability to earn more money, enjoy my 9-to-5 life more and then make music after hours, even though I had no idea whether any of it would become true in the near future, or ever.

So, you may ask, did the risk work out in the end?

I believe my results stem from the combination of calculated risk, a willingness to work really hard, and some sheer luck.

The very first interview I got was with a tiny software consulting firm. The owner started the company with his wife, and they had about 8 employees in total. Their kids helped out sometimes, stuffing envelopes. They were, quite literally, a mom-and-pop company. My resume looked nothing like that of a typical software developer. I had two music degrees and a work history of teaching music teaching and playing jazz gigs. But I got lucky; their software manager was a musician himself and must have seen some spark in my eye. He took a risk and recommended me to the owners. I was hired below an entry level salary, but I worked my tuchus off and two years later I'd doubled it.

There was both risk and luck involved in this whole process, but there was one thing I knew about myself: I could work really hard and make something happen when I needed to.

I then left the first company -- quite risk-free, now that I had 2+ years of tangible software development experience under by belt -- to a larger company, where I then worked my way up to Director of Software Development within in the next four years. 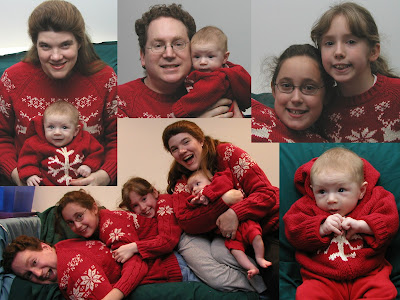 I had created a pretty comfy life by then; wonderful wife, kids, house, car. By those measurements, the risks involved by leaving the unsatisfying teaching job had been completely worth it.

However, I still didn't feel like I had a musical life. I still played some gigs and I was writing and teaching a bit, but making music after hours was not actually working out that much better than it had while I was teaching.

Then quite suddenly, a job listing popped --- a one-year position as Director of Jazz Studies up in Ithaca. I just knew I had to go for it.

Oy, vey. Here we go again -- more risks and more calculations. I sent my resume, then prepared for 3 solid months for the interview I hoped would come. I guess you already know that taking this risk has been a solid positive too, 'cause it's now 8 years later, I feel like a musician again and they ain't gotten rid of me yet.

So, here's my bottom line: I encourage you new class of graduates to take risks. But don't take dumb, entirely incalculable risks. Think carefully about how your life could improve if you take the risk. Think about whether the benefits outweigh the potential downside. Think about the other people in your life who care about you and depend on you, because they're incredibly important, too.

But once you decide to take the plunge, go all in.