London Life #7: Much Ado About Something


Greetings from the slightly-less-rainy-and-cold Britain!

This week starts with a very enjoyable theatre experience. As I reported last time, we watched the DVD of "Much Ado About Nothing" with Kenneth Branagh and Emma Thompson to prepare ourselves. The live play was really fun. Max clearly loved the physical gags, especially those by the lead actor, Edward Bennett, who played Benedick. I think this production was particularly effective for Max because he already knew the story (While Benedick hides, the other men are trying to set him up with Beatrice, and are pretending not to know he's there listening!) I agree, Mr. Bennett was very funny in the role. 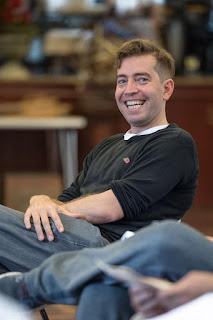 We were sitting near a bunch of IC students attending the play for their Shakespeare class, and apparently the topic of Max came up in their next class conversation. According to one of my students who is also in the Shakespeare class, someone mentioned a "nearby kid who was laughing like crazy" in their discussion about the production's humour.

Because this week was a break for the local London schools, we took a trip to Hampton Court to learn a bit about Henry VIII and some of the other royalty who lived there. On the bus ride over there, Max spotted a stop that shares a name with a teacher back home -- Spencer Hill! Mr. Spence wrote back, saying he appreciated seeing the photo we emailed him. 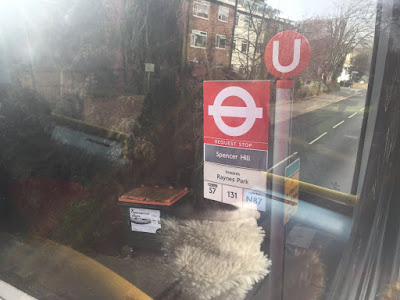 Because of the break week, Hampton Court was offering some little educational things geared towards kids. Even Max, not yet a fan of spending long stretches of time looking at artwork, appreciated the quality and sheer size of the royal tapestries. 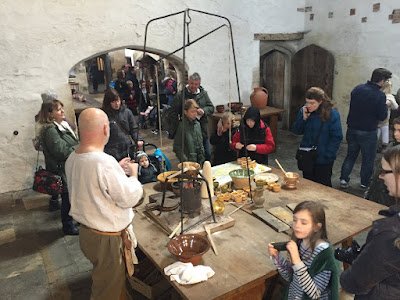 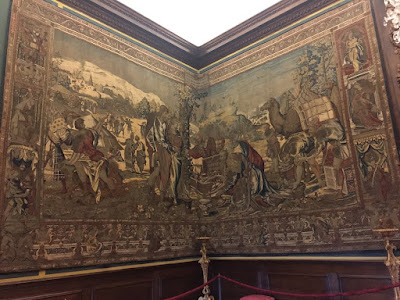 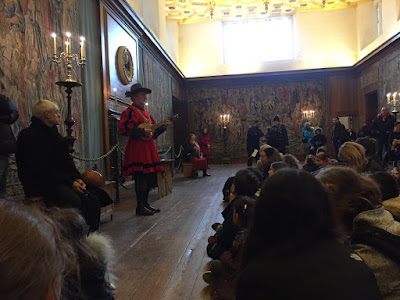 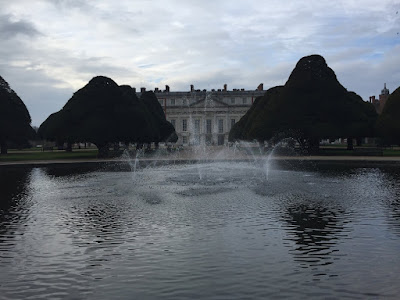 I know it sounds like all we do is have fun (I suppose we are having quite a good time), but I still have to teach my class, and I discovered that one of the music shows booked for my class turned out to be an 18+ event, so Catherine and I got a sitter got to have a night out. The venue was near King's Cross station, so of course we had to seek out Platform 9 3/4. 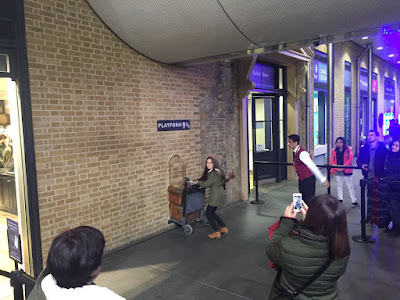 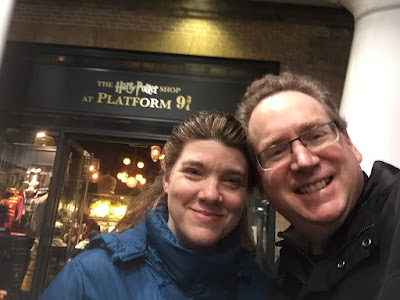 I suppose it's been a little while since either of us had gotten our hands stamped at a club to hear some rock bands. The chosen venue was The Lexington. The first act was called "Stats," who opened for band called "Park Hotel." Stats was pretty fun. They had a bit of a Talking Heads vibe. At one point the lead singer/guitar guy sang to a plant. 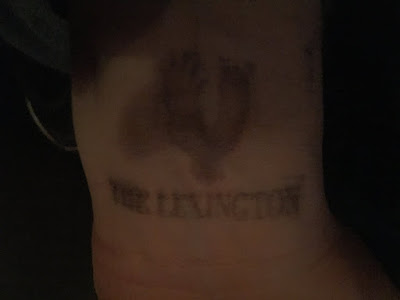 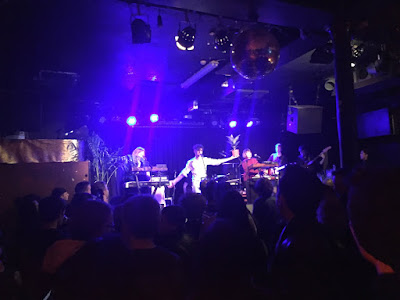 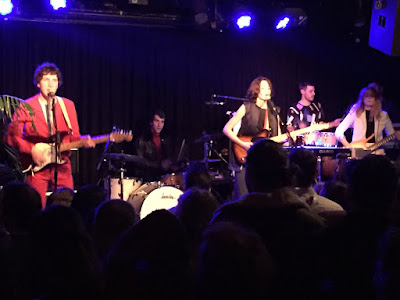 The next day we headed over to Greenwich, where the Royal Observatory is located. If you're wondering, yes, that is the home of Greenwich Mean Time, and we made sure to take photos with one foot in each hemisphere. The museum there houses some amazing clocks and telescopes, along with a lot of history about how the clocks and navigation systems were developed and used for shipping. 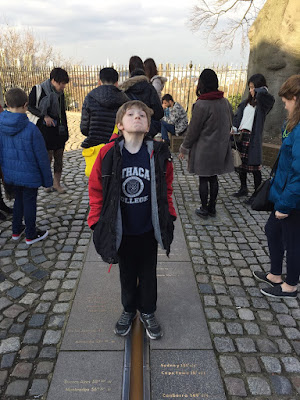 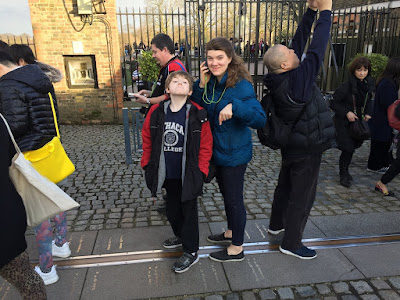 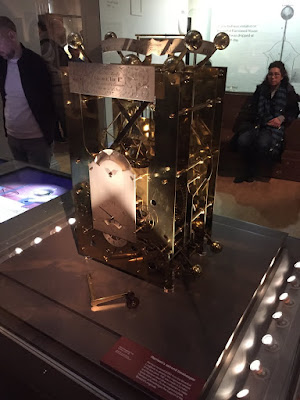 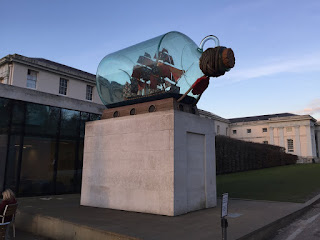 A few days ago, Max and I realized we hadn't gone swimming in months, so he and I gave Catherine the morning off, and we trekked over to the pool at the Wimbledon Recreation Centre. I had almost forgotten how challenging it is to throw a 10-year old around, even in buoyant water. After all that activity, we needed some lunch fast, so we found a fun coffee house in Wimbledon. Max has become quite a fan of croissants. 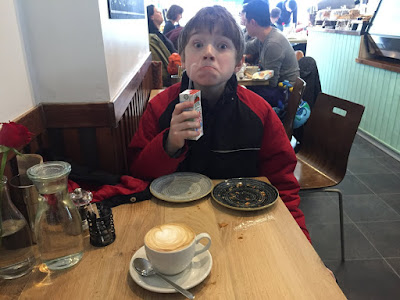 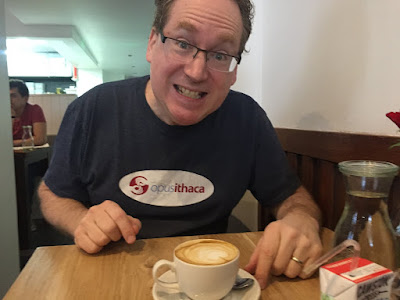 Catherine and I had another night out, joining my students at Ronnie Scott's Jazz Club to hear a 20-something pianist named Justin Kauflin. If you don't know Justin's backstory, he is the one of the subjects of a truly amazing documentary called "Keep On Keepin' On." The primary subject of the film is legendary 90-something jazz trumpeter Clark Terry (now deceased, unfortunately), and the film tells the story of how he and Justin bonded over jazz and being blind (Justin early in life; Clark late). Towards the end of the film, Justin meets Quincy Jones, who had popped in to see Clark, and he hears of Clark's enthusiasm for Justin and his playing. It turns out that Q has been supporting Justin ever since, and he produced this show at Ronnie Scott's. Last week, I showed the students the film, and I they were clearly amazed to see Justin playing live. I found it beautiful as well, and I was glad to shake his hand and convey an invite to come to Ithaca sometime in the future. 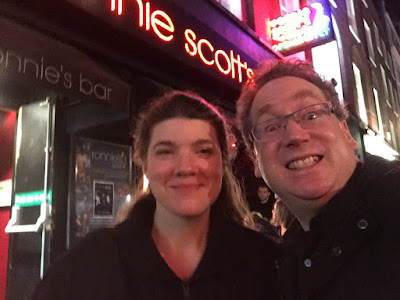