Several folks have asked for updates on our lives in London, so I'll try to keep up my blog with how things are going here.

The flight to Heathrow was nice 'n' easy, other than Max having a bit of ear pressure/pain at the descent, which was good because -- believe it or not -- this was his first plane trip. 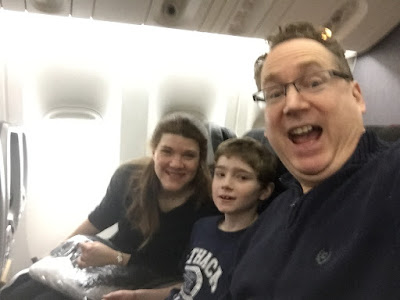 Each person having their own on-demand TV screen makes the trip go by much faster. We all played some silly video games and watched the new Ghostbusters.

We've been here a week now, and already learned of a few differences between life in the UK vs. US. For just one example, movie theaters are more "civilized." You can get beer or wine with your popcorn. Nice, eh? I'm sure I would have enjoyed Rogue One either way, but the bottle of Fosters surely upped the whole experience a notch.

Also spent some time figuring out the various British coins. I didn't even realize there was a two pound coin until after I took this picture, so that's why it's missing. Quiz yourself -- do you know how much each is worth? 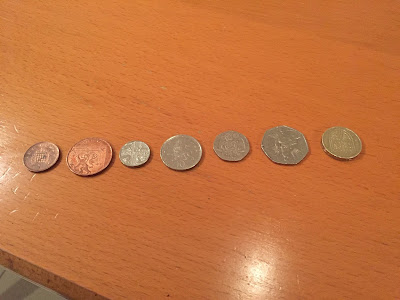 Max has been diggin' taking the tube. I agree, it's fun. 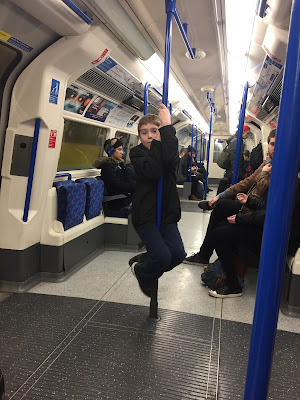 On our first full day here, we started walking around the London Bridge area, and decided to get some "tea" (it looks remarkably like chocolate cake and coffee, doesn't it?). 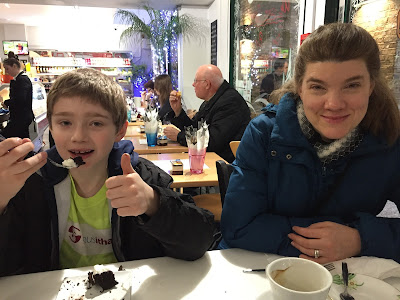 Max then spotted the HMS Belfast in the Thames and got quite excited about it. We saw no reason to wait, so we hopped aboard for the self-guided tour. Besides all the cool turrets, steam rooms and engines, they had a jail cell for drunken or otherwise misbehaving sailors. Max asked me to pose as if I were dazed and confused. I went with crosseyed. 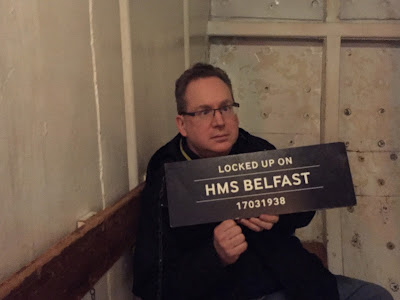 For New Years eve, were weren't really tired because of the time difference, so when we heard the midnight fireworks, we just went outside the house for a look. 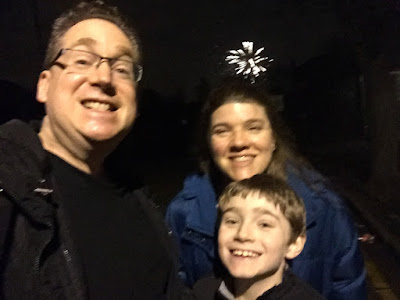 This week we got to some other touristy sites, too, like the monument to the great London fire of 1666. If you look *really* carefully you can see Max and Cathy at the bottom of this shot. 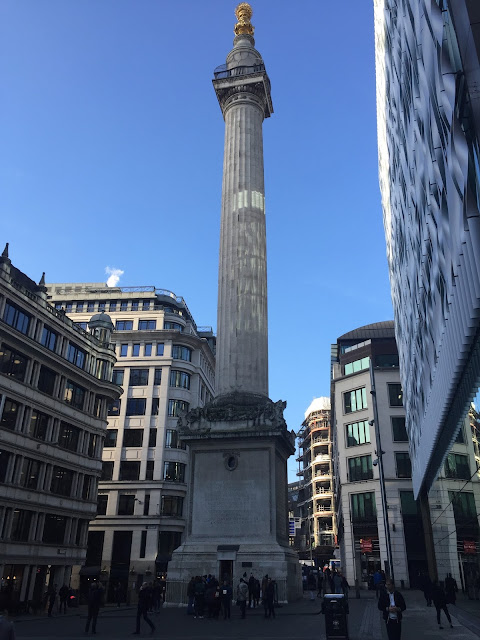 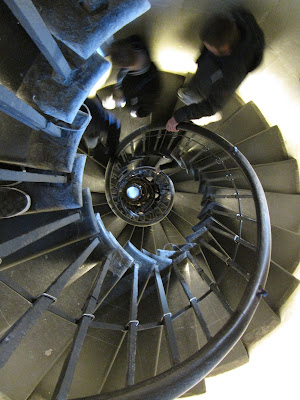 ...and got some great views of the whole city! 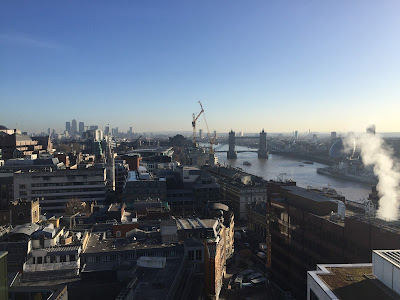 We also did the Tower Bridge, of course. 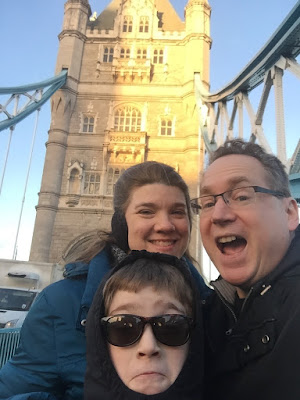 We took pictures atop the glass floors (up toward the mirrored ceilings) which overlook the road and the water below. 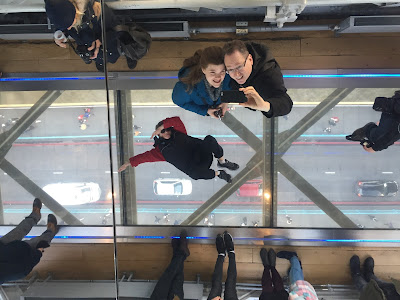 Oh, and yes, Max is "dabbing" on the glass. Later we just came across this figure in a cute little shop already posed. Oy. 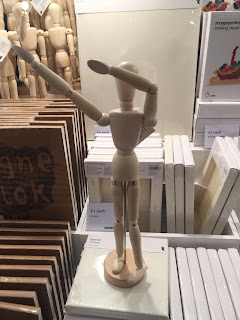 We're very much enjoying the house in Colliers Wood (the cozy home provided by IC). The tube station is right around the corner, and there's a nice park with a playground on the other end of the street. Max and I have already done some Nerf gun "testing" there. Yesterday we had breakfast at Coffee in the Wood, a cute breakfast/lunch place that's also very close. The Sainsbury's grocery store (which is also near a bunch of other shopping) is maybe 7 minutes walk away.

We seem to have two foxes who live / sleep in our little backyard. We've found one or both there almost every morning. 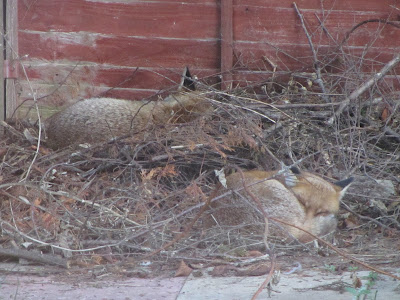 I suppose that's all the news for the moment, but I'll post more when I get the chance.