I wonder if I'll turn these London posts into weekly reports...?  Hmmm. Not sure. Nonetheless I will preface this instalment with the note that I did install a British spelling dictionary on my computer, which is why this post contains instalments, realisations, colours, neighbourhoods and favourites. Gotta get rid of those red underlines, right?

This week starts with a big-city scare. Don't worry friends, all's well that ends well. But it was a good learning moment for us. While changing trains, Max ran ahead to try to make it through the open door. He made it, but the train doors closed before Catherine or I got on. I saw him through the window, and his eyes got very wide for a moment, until the conductor (who must have seen me desperately trying to give instructions through the door) re-opened the doors for us. Whew! But the episode certainly did inspire us to think through what to do if we actually got separated.

That didn't stop us -- we just kept on keepin' on with our exploration. This week's activities included visiting Howard Wiseman's shop in the suburb of Penge to get some final adjustments on my lovely new customised alto/soprano sax double case. But we realised after we left we forgot to ask Howard if the spelling of the shop's dog (partially named after Penge) was Pengi or Penji or Pengie or yet something else, and we forgot to snag a picture of the dog. 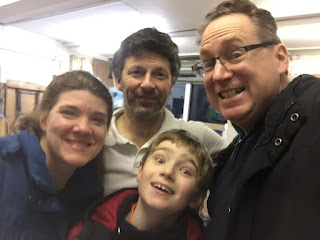 Howard recommended the nearby pub Moon & Stars where we could have a little nosh while we waited for the work to be completed, so we walked over to get fish & chips and some British ales. 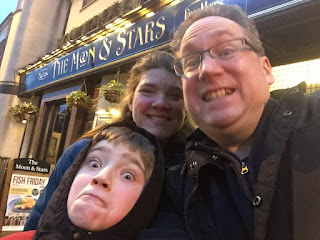 Speaking of food, I discovered that Quorn, our favourite brand of faux-chicken nuggets is originally from the UK. As a vegetarian, I was elated to discover this, because it means that Sainsbury's sells a whole range of Quorn veggie stuff here, most of which we'd never seen in the US. 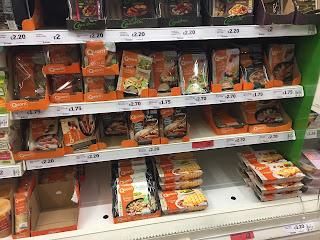 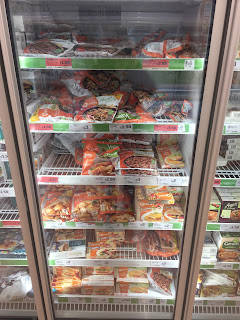 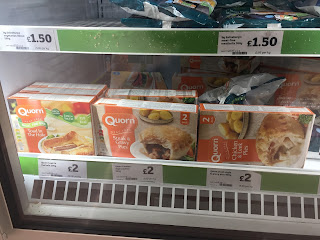 OK, one final thing on food (oh, who am I kidding, I'll probably write about the food every week). I am still getting confused about one difference in colour usage between the US and UK. Back home, we used the term "red milk" to mean whole. But like driving direction, it's the opposite here! 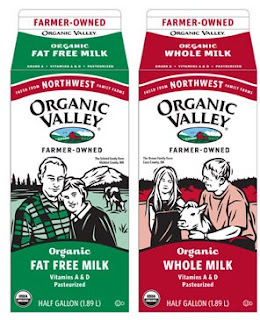 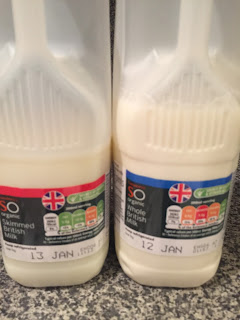 Saturday we went to the British Museum to see mummies, Egyptian cat sculptures and the Rosetta stone. It's amazing to see such items on display. It made me wish I'd paid more attention to history in school, because I found it quite challenging to keep track of all the various kingdoms, dynasties and city-states represented there.

Of course we had to go to Trafalgar Square and toss pennies into the fountain. There's a new sculpture there called "Really Good." I'm not sure whether it is really good, but I do very much admire the unbridled optimism and sheer audaciousness of the thing. 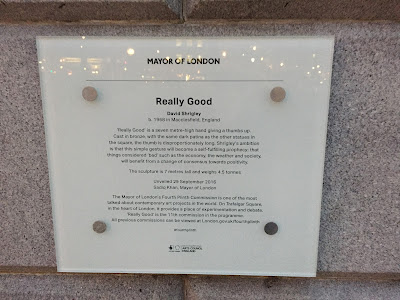 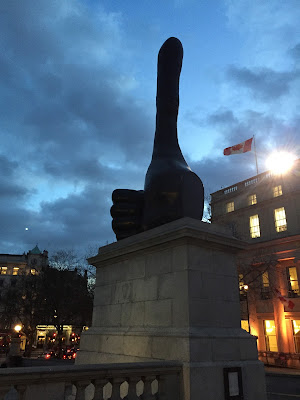 Back at the house, our two fox friends (hmmm, not sure I love that name but what else can I call them?) still come through the backyard at various times throughout the day. They appear to be almost playful, although I doubt the neighbourhood rodents would agree with that observation. Perhaps it would be best for us all to enjoy them from a distance. 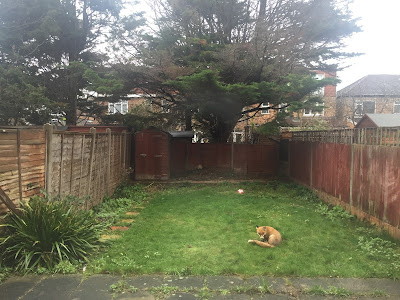 One day we checked out the London Science Museum. It's deceptively large. Of course it makes sense it would be bigger than Ithaca's wonderful Sciencenter.  It's surely going to provide us fun for many visits while we're here. One exhibit we liked showed digital aging -- what Max might look like as a teenager, and then as an adult. What do you think -- maybe it got close? 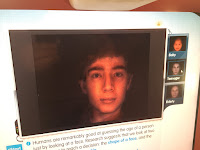 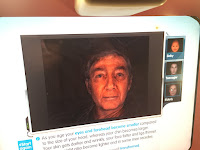 After the museum, we walked over to the Ithaca College London Center, supposedly to pick up an Amazon shipment for Max, but also had tea and biscuits and greeted the wonderful staff -- Thorunn, Hannah, Caroline and Orla -- and a gaggle of incoming students who had just arrived in London in the morning. Exciting times!

After visiting the center, I realized I was going to need a VGA adapter for my Macbook so I could project in the classroom, so we headed over to the Apple store in Covent Garden. I know very little about architecture, but I really enjoyed how Apple built the store into the existing brick structure, keeping the spirit of the building but adding cool modern glass elements like a huge spiral staircase and an elevator.

We decided that for our first West End show (London's equivalent of NYC's Broadway), we should let Max choose what to attend. We'll pick the next one. So, we headed to over to the TKTS booth in Leicester Square and bought matinee tickets for School of Rock. It was a very fun show. Max clearly had a blast. OK, well I suppose I did too. 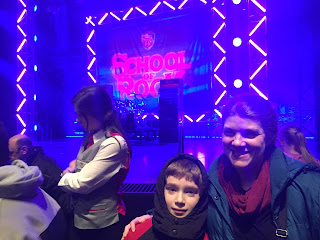 We decided we needed some type of keyboard for music-making in the house, so we bought a relatively inexpensive Casio on eBay that we could pick up in person rather than have to pay for shipping. 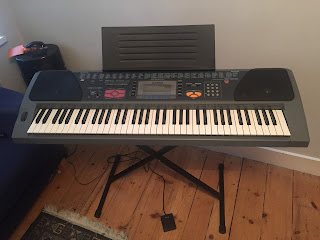 We all headed out to the owner's house to pick up our new keyboard. After the train ride out to a cute little town, following Google Maps' walking directions, Max observed "I never thought we'd be doing something like this."

Indeed, kiddo -- who'dda thunk we'd be here doing any of this stuff at all, exploring London together.

But here we are.