I've got lots of pictures this week! The week started off with the ICLC trip to Bath. It was a whirlwind couple of days, starting with a slightly painful wake up at 5:15AM for breakfast and a tube ride to catch the coach by 7am.

Our first stop was at Avebury (rhymes with "pave"). I'd never heard of it before. It is an ancient stone monument, bearing some similarities to Stonehenge. It dates to about 4500 years ago. The area spans a great amount of land, so we walked all around the stones for over an hour. Unlike Stonehenge, you can walk right up, touch the stones and get a visceral connection to our neolithic ancestors. 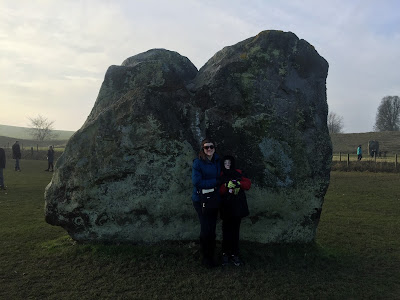 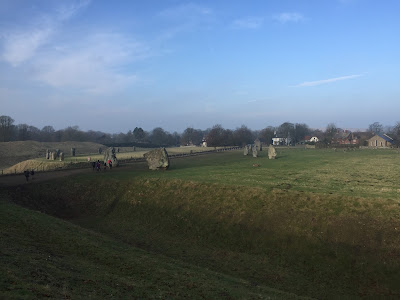 Our next stop was at the Glastonbury Abbey, the ruins of a monastery from the 7th century. It was suppressed in the 1500s and plundered for its valuables by the kingdom of Henry VIII, and subsequently fell apart. 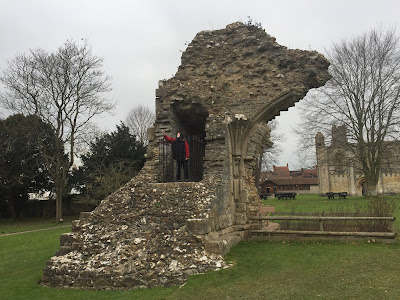 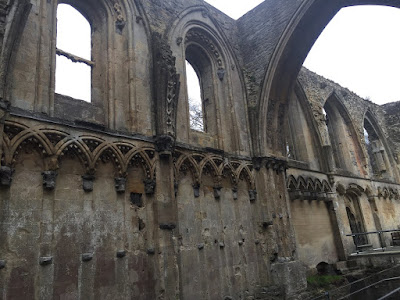 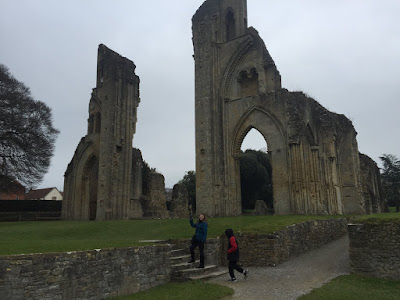 The town of Glastonbury was a cute place to have lunch. We also enjoyed spotting pieces of stone carvings, pilfered from the destroyed abbey hundreds of years ago, were used to build and decorate some of the buildings in the town.


We then travelled to the massive Wells Cathedral, where we did a self-guided tour. In terms of sheer size, it reminded us of St. John the Divine Cathedral in New York City. I don't think my little pictures do it justice. And by this point in the day, what was starting to sink in was the quantity of English history that dates back to before the USA even existed as a country. 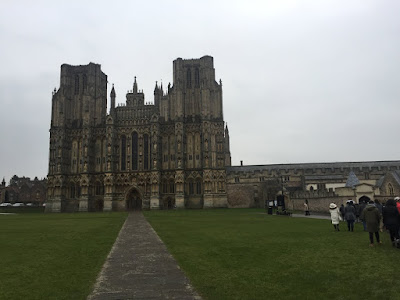 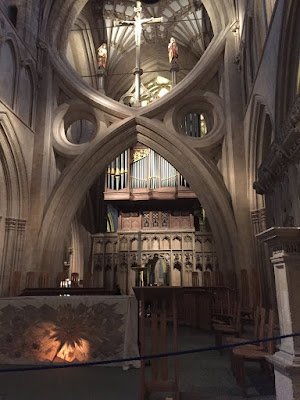 Max was getting tired (and maybe a little cranky) but perked up when we spotted the cathedral's resident cat. A very nice, young red-robed clergyman told us the cat was named Pangur. It wasn't just Max who enjoyed Pangur -- it was clear that many of the Ithaca students were equally starved of much-needed cat petting time. 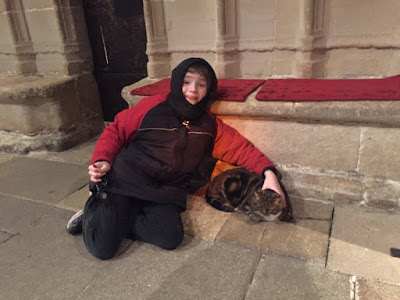 The clergyman also pointed out some very cool features of the church we'd initially overlooked, like this 24-hour clock. It took a moment to realize that midnight is at the bottom. The clock had been broken for many years, fixed only about 6 or 7 years ago. It's probably too hard to make out in the photo, but the hands of the clock are little suns, looking almost like asterisks. When it chimes, every 15 minutes, the horsemen at the top spin for a little joust. 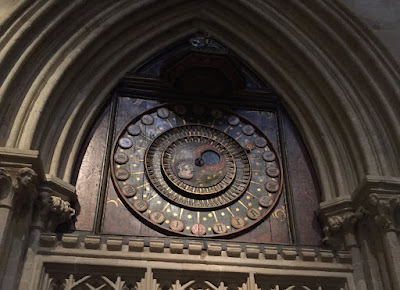 Our final location for the day was in Bath, where everyone was free to do as they choose. We joined Thorunn, Hannah and Orla at the Old Green Tree pub for a pint of their eponymous brew. Max had lemonade, which is different than in the States; it's carbonated here. 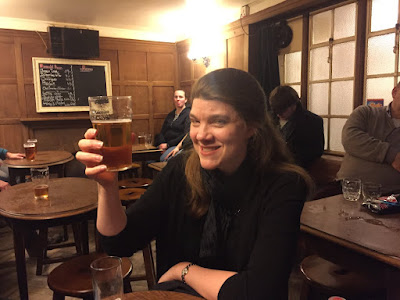 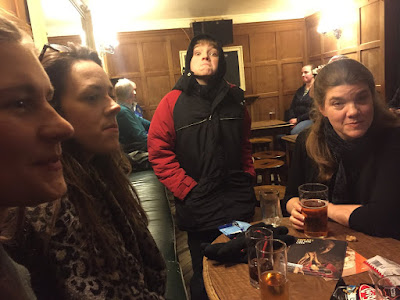 After drinks, we went over to a restaurant/music venue called the Green Park Brasserie for dinner, where we had received advance word that a jazz group would be playing. The guys in the trio were very nice, letting both Catherine and me sit in for a few tunes after we'd finished our dinner. The whole place seemed pleasantly surprised but quite enthusiastic to have us contributing. The wait staff was particularly friendly, as were our tour's bus drivers who were seated next to us at the restaurant. 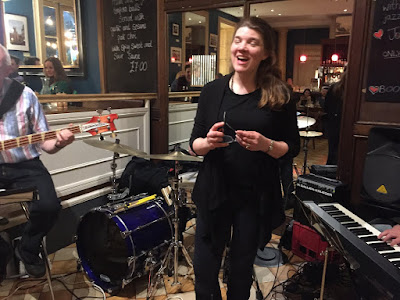 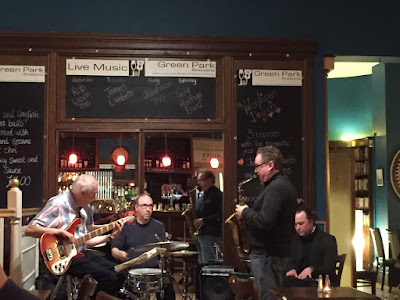 That was all in one day. Whew!  Saturday morning we started off with a tour of the Roman Baths. The baths are truly one of the worlds great archeological discoveries, originally built thousands of years ago by the Celts, and rebuilt several times throughout its history. They are built atop a natural hot spring, and contain an incredible network of stone plumbing. More recently, the museum has been built around it to both protect it and allow for visitors to "drink it all in" up close. 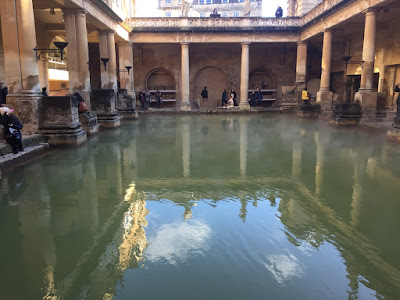 Visitors cannot touch the water in the baths themselves, but at the end of the tour you can take a drink of the water coming directly from the hot spring. Legend has it that this water contains mystical healing qualities. The sulphur smell is not quite as intense as the American hot springs I've been to, but drinking it is definitely a unique experience from drinking filtered tap water. 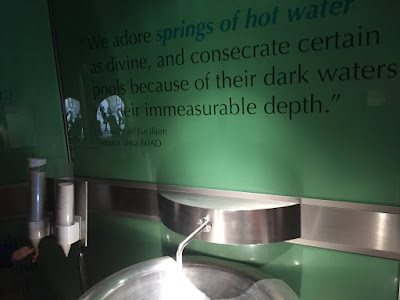 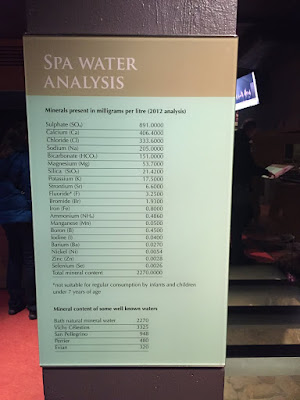 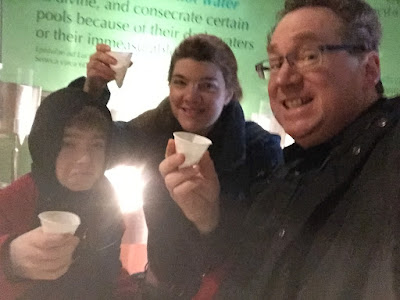 Catherine is a big fan of Jane Austen, and knew that the writer had lived in Bath for some portions of her life, so after the Roman Baths tour, we walked up to the Jane Austin Center. They told us one of her residences had been at house #25, just up the street from the center. Now it's a dentist office. 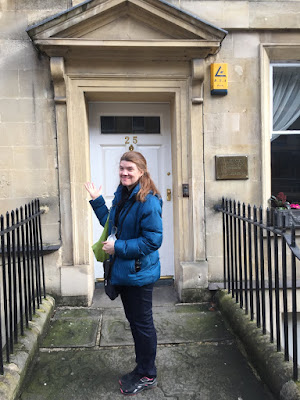 We spent some little more time walking around Bath and saw the famous Circus and Royal Crescent.

Our final destination of the tour was Stonehenge. In spite of the fact that you cannot walk right up and touch the stones anymore, seeing them in person is still quite impressive. I struggle to wrap my head around the depth of passion and amount of collective problem solving skills possessed by these prehistoric people needed to move and assemble stones this large, without the aid of anything like metal tools, let alone modern powered technology. No wonder it's all still a mystery how they did it. 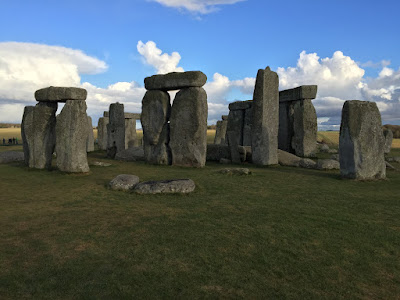 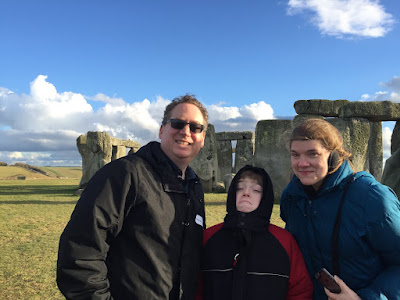 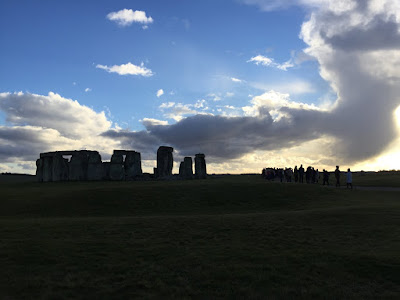 After such an active weekend, we kept things relatively quiet for the next few days, but we did return to the Tower of London to see the Crown Jewels. We were not permitted to take photos of the jewels, but we lucked out -- the moment we arrived, the jewel's guards were doing some type of inspection. I imagine it's not entirely unlike the larger and more famous Changing of the Guard ceremony (which we haven't checked out yet), so of course we filmed it!

I can't believe we've really only scratched the surface of what there is to see here. More soon-