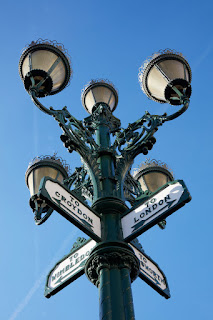 I'll get this slightly embarrassing thing out of the way first. It was such a bonehead move. One day I came home with some thick black and yellow goo covering the the bottom of my shoe. I was able to scrape it off but still couldn't figure out what it was. 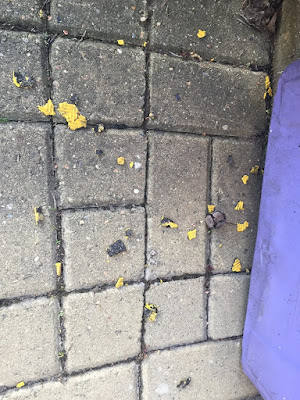 Catherine figured it out right away -- "It's got to be yellow road paint." Sure enough, Max was even able to spot the dad-sized footprint in the exact place I stepped in it, just down the block from the house. 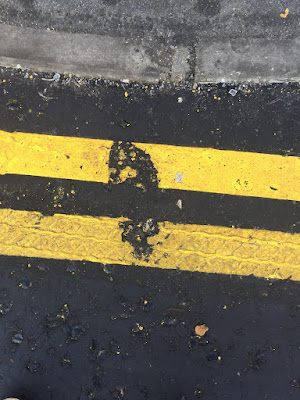 But they didn't even have it roped off!

For our Saturday activity, Max declared he wanted to see the film "Monster Trucks" so we took the bus up to our closest cinema, the Wimbledon Odeon, for a morning showing. I found myself recalling a recent Facebook post by my buddy Jason Robert Brown describing the experience of taking his daughters to see "Sing." He reported that film was "adorable and seemingly genetically engineered to appeal to my daughters on every level." Catherine and I enjoyed "Monster Trucks" too, but observing Max sitting next to us, I believe this film was similarly "genetically engineered" for 10 year old boys like him.

By Monday morning we realized we hadn't actually gone to hear any music yet, so we found something that sounded appealing -- a duo with pianist/singer Ian Shaw and jazz singer Claire Martin. It was at a jazz club / pizza place called PizzaExpress Live. Perhaps a better description would be a pizza place that also holds a jazz club. PizzaExpress is a major chain here in London, and their jazz club in Soho been a reliable venue for jazz in London for many years. 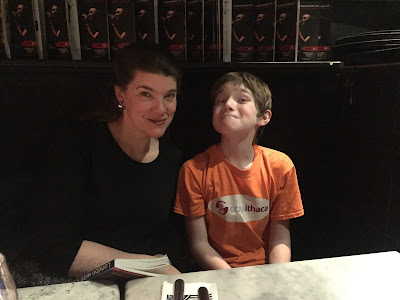 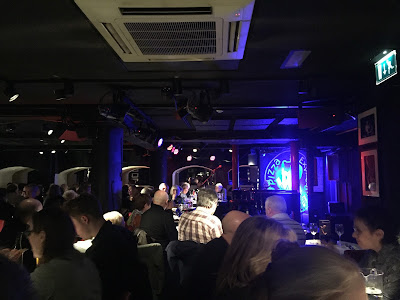 When I called the club to ask if it would be OK for a kid to come, the woman taking my reservation initially said it was fine. She did pause for a moment to put down the phone, came back about 30 seconds later and warned me that Ian Shaw tended to use "salty language." Well, she was right about that. Max has always enjoyed words, and this show provided many moments of fascinating "word usage." I suspect that some of it went over his head, but he was certainly paying attention. Generally I think he liked it, particularly digging the bit when they both paused mid-song to declare that it was "the guitar solo." And the dough balls were certainly his cup of tea. I enjoyed the show quite a bit, too.

Walking back to the tube, Max spotted this fancy-looking Lamborghini parked and was compelled to stop for pictures. I think these cars are more expensive than my house. 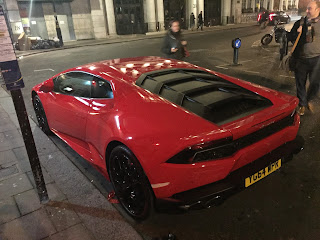 Tuesday we went to the London Transport Museum to check out the historic trams, buses, and trains, and learn about the history of the whole tube system. Man, it was really fun. 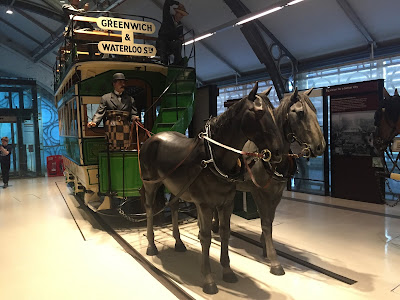 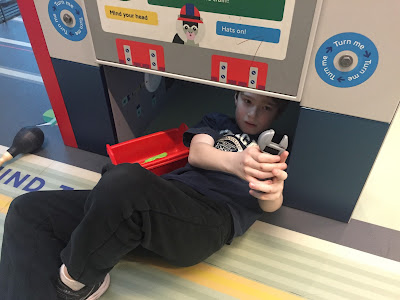 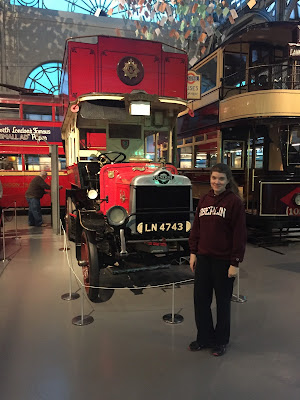 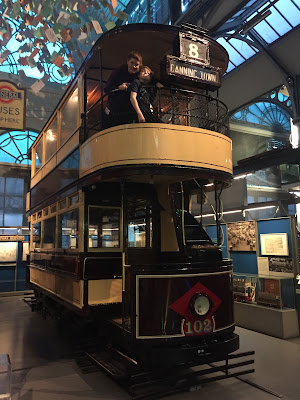 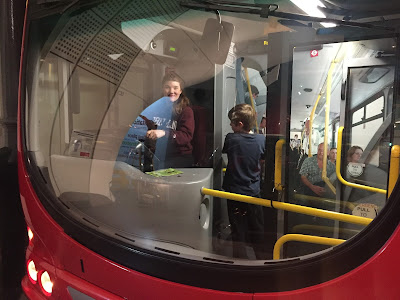 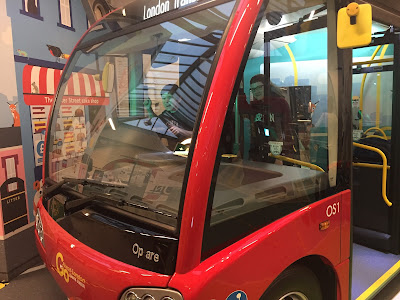 On Wednesday, my students turned in their first assignment, where they had to do some research on venues and concerts. We talked through their ideas, and we'll be buying tickets for several shows. More on that before too long...

On Thursday we saw an article in the NY Times travel section on Tooting, where Sadiq Khan, London's popular new mayor, was born and still lives. Tooting just-so-happens to be the next town over from Colliers Wood (where we're living), so we took the brisk 20-minute walk over there today. From a coffee shop we had a great view of the very same road sign pictured in the Times piece. 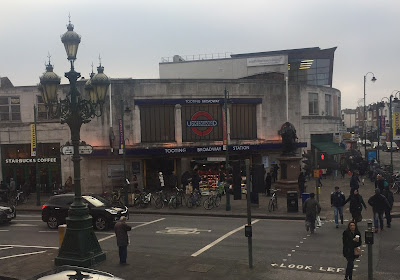 Tooting has a few interesting covered markets. We decided we'd need to go back when we had more time. The Times also referred to a bingo parlor that used to be an art deco theater, so we walked in and looked at the cool chandelier. 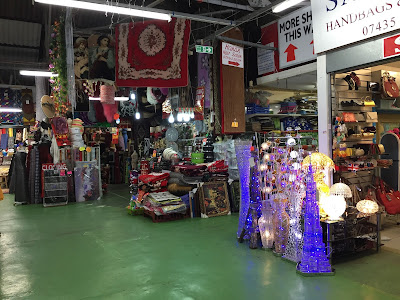 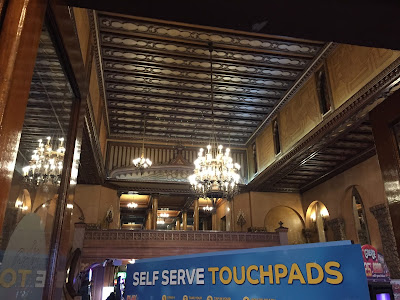 Friday morning (that's omorrow -- oy) we're going to get up bright 'n' early at 5:30 to meet up with students and staff over at the ICLC for an overnight journey to Bath and Stonehenge. I'm sure I'll post a bunch of pictures next week, along with some requisite "This Is Spinal Tap" jokes.