My Love Affair with the Music of Charlie Parker

This past Christmas my-father-in law bought me a 7-CD box set of live bootleg recordings of Charlie Parker, called the Dean Benedetti Recordings. I started checkin' out my new acquisition on the plane to London. I thought I’d already heard every recording of Bird, but these were new to me. Maybe I’m a bit jaded, but don’t often get chills up my spine with jazz recordings anymore. But boy, this one did it. I had a sensory flashback, and it was an intense feeling. I had to pause a moment and consider why.

The first memory I have of hearing Parker (nicknamed "Bird") was in 8th grade, while taking sax lessons with Brian Scanlon (an amazing player and wonderful teacher, currently making his career on the west coast, playing with the likes of Gordon Goodwin’s Big Phat Band). I had already purchased a book of transcriptions called the Charlie Parker Omnibook, presumably because someone had told me it was “the thing to get.” At that time I was an aspiring computer nerd, so I opened the book to Bird’s solo transcription on Anthropology and entered it into a music synthesis program I had on my Apple II.

I played a cassette of my computerized reproduction for Brian. He listened for a bit, stopped the tape, then asked “Have you actually heard the recording of Bird playing this solo?”

He played it for me. All I can remember is that the actual recording was thoroughly above my comprehension level. I tried to enjoy it, so I offered Brian the only observation I could -- that transcribing the solo must have been really hard.

He said “Are you kidding? The fact that Bird played that solo is the part that’s hard.”

Well, I just didn't get it.

It turned out that this moment was the beginning my love affair with Charlie Parker. I had heard jazz before -- I had been to concerts, and borrowed some jazz albums from the local library, but I didn’t quite connect to those. They just sounded old. But even though Bird was dead, his playing was alive, focused like a laser. He sounded modern to my ears, and I wished I could play with that level of intensity.

As my chops improved over the next couple years, I was able to play some of the melodies and later the improvised solo transcriptions. Eventually I started improvising my own solos over the chord progressions. I immersed myself in all things Bird. I started buying records en masse at the Bop Shop and reading books about him. I soon discovered the one surviving film of Bird actually playing, of Hot House along with Dizzy Gillespie.


One of my purchases was an attractive 10-LP box set of the complete Verve recordings. It’s a compelling mix of recordings from various times in his career. There are studio recordings with Bird's small groups and with ensembles that were presumably more "commercial" at the time, like the "Bird with Strings" sessions and the songs with the Cuban-born percussionist Machito. 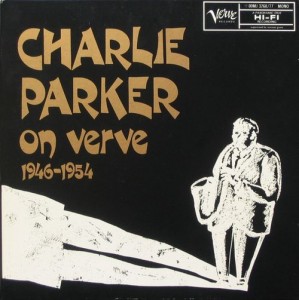 The Verve studio recordings are fascinating, in part because the box includes a lot of outtakes (recordings the  musicians or producers decided were unsuitable for release, so they recorded more versions, or "takes"). I listened to the outtakes so often that my high school buddy Bill Havens dubbed them "Bird shit." 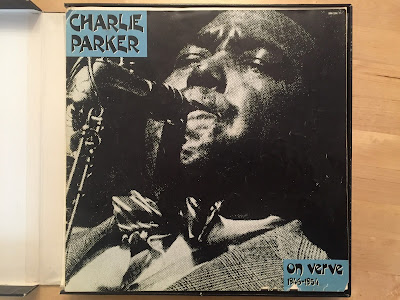 But there were also live recordings in the box, like the Jazz at the Philharmonic concerts. These were incredibly exciting. The JATP records are concertized pseudo-jam sessions with Bird and a bunch of his contemporaries, including tenor saxophonist Lester Young who himself had been so influential on Bird as a young player. It was astonishing to hear Bird stretch out and play mutiple choruses on 12-bar blues and standard tunes like I Got Rhythm and Sweet Georgia Brown. To listen, I would turn off the lights, close my eyes and imagine what it might have felt like to actually be in the audience those nights, watching and hearing Bird spin out his solos on a big concert stage, right on the spur of the moment. This was my drug, and I had become a complete addict.

In addition to the music, an amazing feature of the Verve box set is the printed discography that came with it. This is not a mere listing of the tunes included in the set, but a compilation of every known Bird recording. It meticulously catalogues every live, studio, bootleg, and even a few home recordings when he was a teenager, and cross referenced them with albums the recordings appeared on (many can be found on multiple albums). 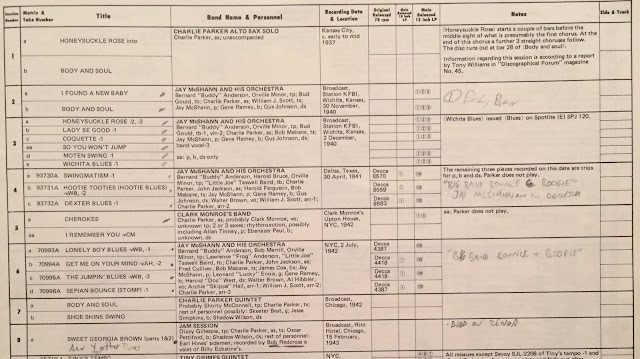 Getting this discography was a revelation. This was the mid 80s, in the pre-internet world when there were no music streaming services. If I wanted to feed my habit, I had to go to the record store, library or bookstore. To listen to a song repeatedly, I had to own it on vinyl.

(Side note: I later bought the Verve set on CD, which is great because it includes several recordings found later and not included in the LP box, but it does not include the discography.)

Quite suddenly, I had become the most nerdy, completest type of collector. I sought out to acquire every Bird recording in existence. I got the complete studio recordings on the Savoy and Dial labels. With each new purchase, I checked them off the list in the discography and penciled in the name of each record. I remember once feeling intense frustration trying to explain to my mom why I was spending real money for an album for its recording of "Ornithology" even though I already owned a record with "Ornithology" on it. "Mom, this one is totally different – a totally different improvised solo!”

But what about the music itself? Bird's studio recordings are fantastic. As a young saxophonist, The high sonic quality allowed me to hear details you can't quite get in live recordings, so they're great for studying the subtle nuances of phrasing, articulation and style. As I tell my students now, this is where you study the accent of jazz.

But it’s the live recordings where the real deal of jazz is found, even when the recording quality is poor. It's the bootlegs where you hear Bird in his purest form, in a setting where no human being alive could match his speed and spontaneous musical imagination. His visceral power can be scary. The phenominal pianist Brad Mehldau calls Bird's live playing "dangerously, menacingly good." Listen to this live version of Lester Leaps In and you'll get a taste of what Mehldau means by that.

Several other live recordings of Bird shook my world, too. Some of the most compelling were a series of radio broadcasts from the Royal Roost, emceed by the legendary DJ Symphony Sid. “Bird on Tenor 1943 – Birth of the Bebop” is amazing as it includes a jam session with Dizzy in a hotel room. I also loved an album called "One Night in Washington" when Bird sat in with the fantastic Bill Potts big band.

The recording that most clearly illuminates the process of learning jazz is the home recording of Bird practicing as a teenager. You can hear that his musical voice was just starting to emerge. He hadn't yet become the powerhouse he would eventually be. But even though I was just a kid myself, I could hear that it was Bird, just practicing some tunes. 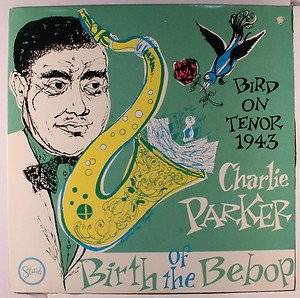 And now I have the newest addition to my collection -- the Benedetti box set. To be sure, these are not “easy listening.” The recording quality is poor, and Benedetti often stopped his recorder when Bird wasn’t playing, so most tracks are not complete songs. Some are just a few seconds long. Some are really strange little bits of audio, with very little context. But these recordings are alive. They are messy, imperfect and raw. Bird is just blowing his ass off.

Perhaps it hit me so hard on the plane because I was tired, or maybe I was in a strange frame of mind because I was just about to live in London for five months. But in that moment, listening with headphones and my eyes closed, I was suddenly transported back to my teenage years when I was devouring every bit of Bird I could find, in one of those moments when I brought home some "new find" and put it on the turntable for the first time. I've since had other intense periods of discovery with other creative musicians like Cannonball Adderley, Lee Konitz, Ornette Coleman, Thad Jones and Thelonious Monk. But Charlie Parker was my first.

This all just proves without a doubt the adage that began to appear as grafitti soon after Bird's death in 1955: BIRD LIVES. 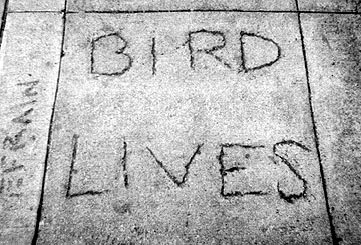